From packing trainee to operations manager – 40 years at Gosselin

Steve Wakley of Gosselin UK has worked for three international moving companies without leaving a single one of them. How did he manage that? Well, he started out working for Davis Turner, a family-run moving company that later became DT Moving, which in turn was bought by Gosselin. Now, 40 years later, he has made it from packer trainee to operations manager. A position he had never expected to see himself in!

Steve started working for Davis Turner as a 17-year-old antique packer trainee through a government work experience program. Davis Turner, the moving company that was founded in 1870, had two divisions; transport and household moving services. “They had a lot of work in antique furniture,” Steve explains. “So, I was brought up in to wrap and pack antique furniture which is not a bad place to start. If you can handle antiques, you can handle just about anything.”

After the company split, Nick Kerr bought the moving part of the business and changed the name to DT Moving, a nod to the original Davis Turner company. In 2017 it was acquired by Gosselin, and that’s how Steve ended up working for three different removal companies without ever leaving one. “On my very first day I was taken into one of the warehouses that had trestle  tables set up of almost 30 feet long. They were completely full of china and glassware, and I was trained on how to pack them. It was quite daunting.”

A contradiction to himself

After being taught how to pack correctly, Steve went out on the road with a packing crew and then climbed his way up to the position of foreman with his own crew at the age of 22. “I always say I’m a contradiction to myself,” Steve tells us. “I’m usually the quiet type who keeps his head down, but every time an opportunity arose, I took it.” And that’s how Steve eventually became a packing team manager after 16 years of working as a foreman and then becoming a field manager. “It was the first time I put on a suit!” Eventually, he became the operations manager when the current one left the company.

Despite never having expected to end up where he did, Steve is very happy with how his career turned out. At the age of 57, he has seen the company undergo dramatic changes. “When I started out, cellphones didn’t even exist. I can’t even imagine going back to that time. It would be like going back to the Stone Age. At least the future is looking brighter now that the worst of Covid has passed. Gosselin is very well run by professional people. And as long as they’re happy with me, I’ll keep doing my best for them.” 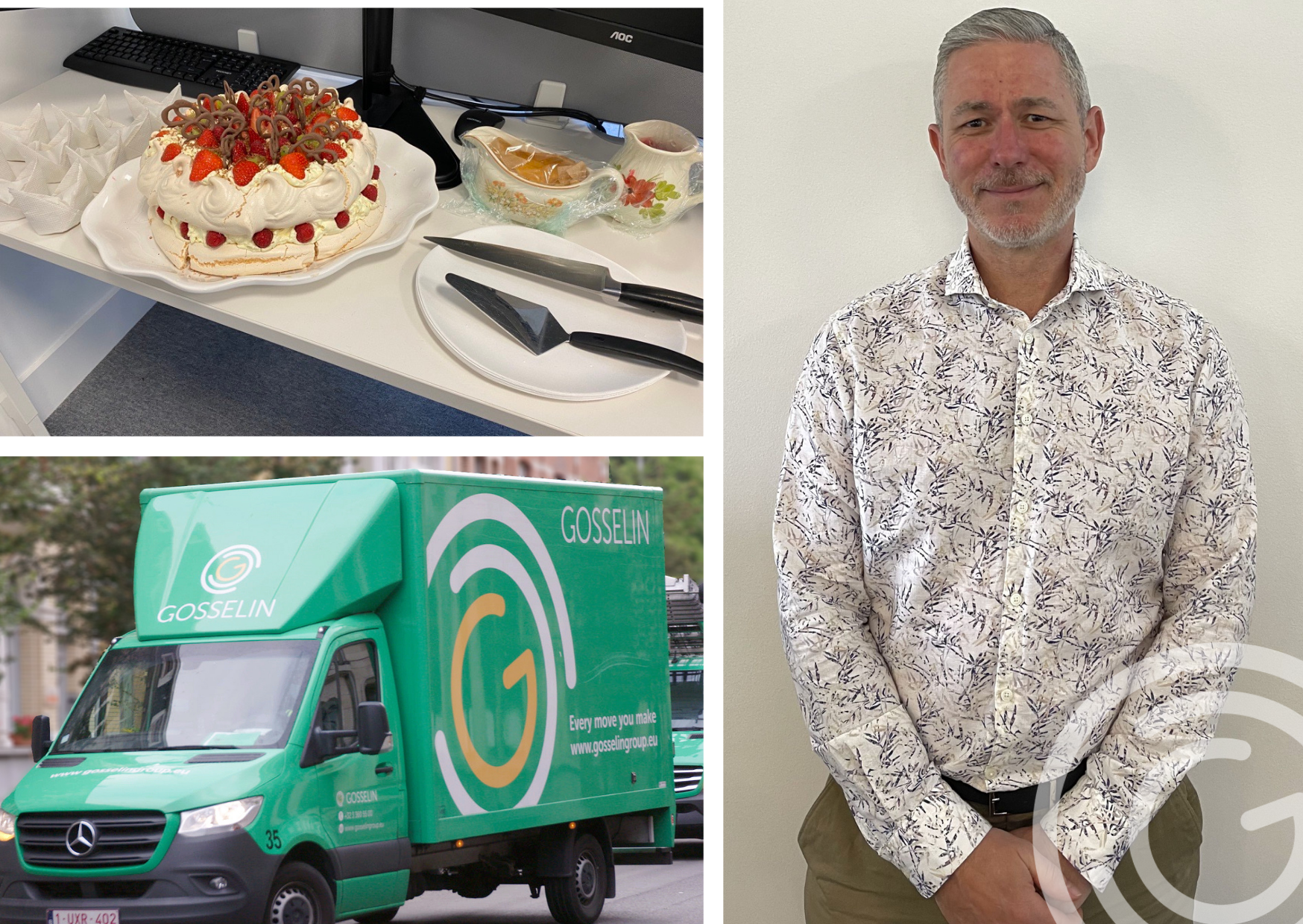 Steve once took a course to train as a tailor, and while any stitching and sewing that needs to be done in his household is his job, he doesn’t really have a lot of time for hobbies. He does love to bake desserts and has appeared in a magazine with his eclairs. “On occasion, I make desserts for my colleagues at the office, but I never eat them myself,” Steve laughs. “I have a sweet tooth, so I need to watch myself and make some healthy choices.”

Gosselin is a leading provider of international moving and destination services. Our clients are multinationals, relocation management companies, expats, diplomats, military personnel and private persons. With 56 offices in 34 countries, Gosselin has a strong presence in Europe, Eastern Europe, Russia, the Caucasus, and Central Asia.

Gosselin is a division of the Gosselin Group that has its headquarters in Antwerp, Belgium. The company was founded in 1930 and employs a staff of 800 that generates more than 270 million Euros in sales.

Branch manager of Gosselin Bucharest, Cristinel Dinu assisted with the visit of the First Lady of the United States, Jill Biden, for which he received special recognition. This is the second Certificate of Appreciation Cristinel has received for his efforts.

Gosselin Baku began working as a Turkish Airlines agent in December 2020, and this partnership has now been renewed for another year.