In spite of strict COVID measures, the European soccer federation UEFA is organizing the quadrennial EURO2020 event, and the Euro Media Group (EMG) was asked to provide the live broadcasting services for these soccer matches. Its Belgian division, Videohouse, was commissioned to deploy the necessary resources. It’s about so much more than just cameras, however. Camera people, screen direction, network connections and archiving systems must also get to where they need to be. Child’s play for Gosselin.

What makes this edition of the European football championship so unique is that the matches are being played all over Europe — a logistics challenge. For the transport of this mini migration to Baku (Azerbaijan), Vanessa Van der Steen of Gosselin Logistics and John Braeckeveldt of Gosselin Moving and regional manager for the Caucasus joined forces. A perfect team effort, with Vanessa taking responsibility for the organization and documentation. John, who knows the Caucasus region better than anyone, was responsible for communication with customs and local agents. “This transport project was beset by difficult communication with customs and every mistake can be costly, but every destination has agents who speak the language and this service makes Gosselin a reliable partner,” he explains.

Vanessa confirms that it was a challenging assignment. She supervises every major project from the quoting phase to contact with the clients and the on-site organization. “In the event sector, being available 24/7 is key,” Vanessa explains. “You’re working on an international level with big time differences. Each country has its own rules, and this demands a lot of know-how.”

From Baku to Tokyo

In the context of EURO 2020, the Gosselin team made sure the four television production vehicles arrived safe and sound at their destination, complete with the right insurance and customs documentation. “The Formula 1 that was also being held in Baku threatened to throw a monkey wrench in the works, but John was able to anticipate potential problems,” adds Logistics coordinator for Videohouse Ben Verstraeten, “and all of the projects were assessed and budgeted in twelve-hour intervals. Every half day that is lost because of a truck that is detained at customs has a cascading effect on the rest of the production process.
The kick-off won’t wait, the broadcasting schedules are set in stone and there are enormous stakes and interests involved.”

John and Vanessa started organizing the return on June 21. Experiences teaches us that this is often more complex than the trip there. Over the years, the people at Gosselin have learned the kinds of problems they need to prepare for. “It takes some figuring out to make sure that the television vans don’t have to pay any additional taxes when they enter the EU. On the other hand, they also have to get to Japan on time to film the opening ceremony of the Summer Olympics,” John adds. 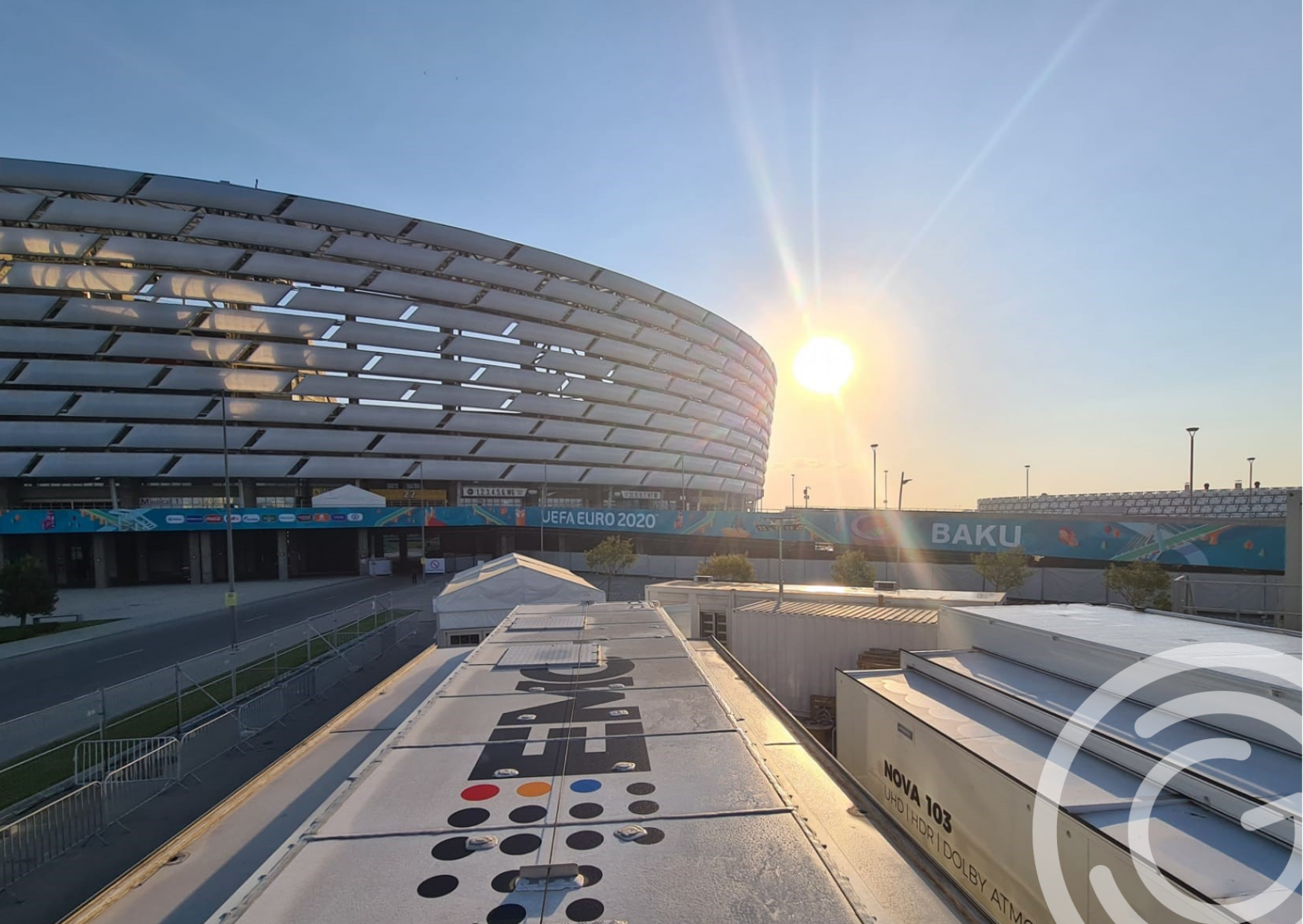 Belgians go above and beyond

Chris Demeulemeester, international sales manager at Videohouse, explains. “The Flemish have earned a solid reputation in the international events sector because of our extensive experience in this field. We are amazing diplomats, speak several languages, are true-blue troubleshooters and have advanced skills in high-tech materials.” There are currently fifteen Belgian companies working on the Euro2020 project alone.

Videohouse still has scheduled events in Eastern Europe that it will be working on in the future but they will also broadcast the FIFA World Cup Football (Qatar) and the Winter Olympics in China. “The providers were chosen on the basis of their strengths, and where they can offer added value. The partnership with Gosselin has gone swimmingly. They’re flexible and always respond quickly to solve problems. If something isn’t possible or certain aspects turn out to be expensive, they are honest about it. Open and honest communication like this helps build trust. We definitely would be happy to work with Gosselin again,” Ben concludes. Gosselin and Videohouse will be joining forces once again for the television program Love Island.

Gosselin is a division of the Gosselin Group that has its headquarters in Antwerp, Belgium. The company was founded in 1930 and employs a staff of 800 that generates more than 300 million Euros in turnover.

Gosselin: the moving company that always makes you feel at home

The Czech Consulate in Sydney reached out over 16,000 kilometers to request a quote for the relocation of the Consul back to her home country again after five years in Australia. The Gosselin office in Czechia was more than happy to handle the full-container move and the client was delighted with her Czech move coordinator.

The Silk Road, a route of collaborations

The Silk Road, Contemporary Art and Artists from Italy is an exhibition that travels the ancient trading route connecting China with the West. Gosselin proves to be the perfect partner with offices that cover the entire Silk Road area from the Caucasus, Central-Asia, and Europe.