Goya goes on tour with Gosselin

After Madrid, Bordeaux, Algiers and Prague, visitors will now also be able to enjoy Goya’s Fisonomista exposition in Rome this spring. In addition to the 38 etchings and engravings by the old Spanish master Francisco Goya, this treasured expo also includes around one hundred 18th- and 19th-century reproductions. “There were five wooden crates that had to be moved to Rome after they stayed one year at the Cervantes Institute of Prague without actually being seen by many admirers due to coronavirus restrictions,” says Petr, head of the moving division in the Czech Republic. “These crates have a value that can’t really be expressed in figures, however. This is a challenge we aren’t afraid to tackle as a team.”

Gosselin’s team in the Czech Republic worked closely with their Italian colleagues on this project. Petr: “Our strengths really come in handy when it comes to a niche market like art moves. Clients choose us because of our reliability and the quality we are able to offer thanks to our broad network of local partners. We have tons of experience with valuable transports and have access to all the expertise we need to ensure these shipments are treated with the utmost care, from arranging all the permits and properly packing the cargo to matters like access control and risk assessments.”

Angry birds before their time

The Fisonomista expo opened its doors in Rome in late April at the Cervantes Institute in the heart of the capital’s tourism district. Although Petr is more of a numbers person than an art aficionado, Goya’s work fascinates him nonetheless. “It’s like you’re looking at Angry Birds before their time, but more sinister, and drawn by a famous old Spanish master,” he grins. “Looking at those humanized animal heads or creatures in tense poses left me with an uneasy feeling.”

Francisco Goya was a court painter in the 19th century, a time in which many scientists believed that certain abnormalities in a person’s facial expression were a sign that that person was mentally ill. The sketches he drew exhibit elements of Expressionism that served to counterbalance the emptiness he sensed in his aristocratic models. The original subject matter and his masterful artistic expression make the etchings and engravings an important component of Goya’s body of work. 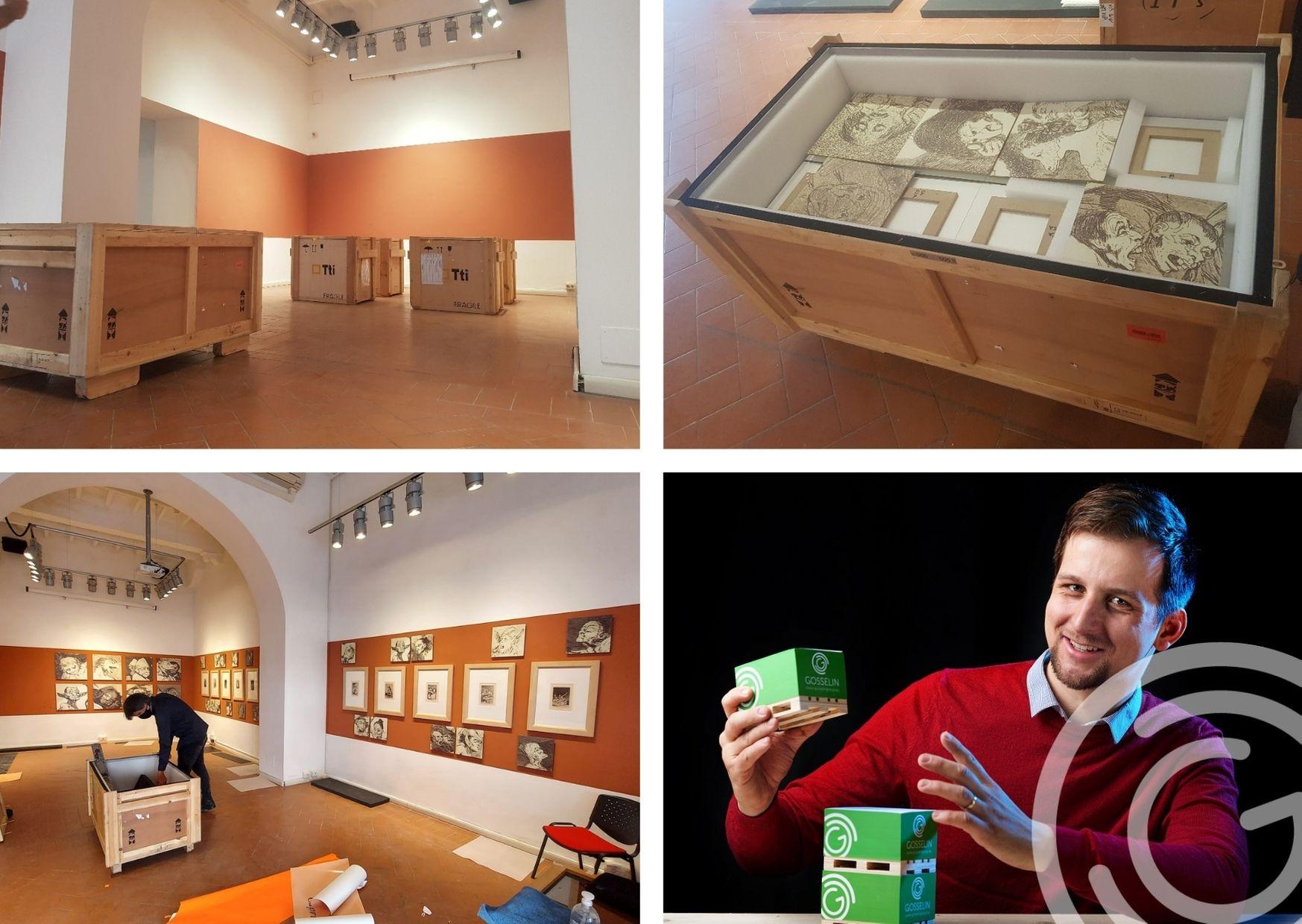 Gosselin is a division of the Gosselin Group that has its headquarters in Antwerp, Belgium. The company was founded in 1930 and employs a staff of 800 that generates more than 270 million Euros in turnover.

Moving to London - a proud member of BAR

Are you moving to London or moving to the UK? Gosselin is a proud member of BAR, the British Association of Removers.

Gosselin completed a new fine art move for the National Archeologic Museum, Aquilea. Twenty-five works of ancient art had to be moved from Italy to Lithuania, and the museum was looking for a packing expert.

Sometimes people have no idea about the total volume of their possessions when they move. Fortunately, Gosselin offers G.U.E.S.T (Gosselin User Enabled Survey Tool), an online survey tool that will help you get an estimate of your international moving costs. All you need is a smartphone with a camera and a little time to film your household goods.