Retirement beneath the Italian sun

Randy and Steven’s story reads like a novel. In 2016, they decided to leave the US and retire in another country. Now, years later, they’re almost settled in after moving to Sicily with the help of Gosselin and Barbara Savelli’s team.

How did you decide on a destination?

Steven: “We lived in California all our lives and ended up in San Diego, so the obvious choice for a new destination was Mexico, but we also really liked Lisbon in Portugal. Unfortunately, when we returned there eighteen months later, tourism and cruise ships had ruined the atmosphere for us. Plus, the fact that Portuguese is such a hard language to learn prompted us to consider other places, too.”

Randy: “My oldest friend Cindy had moved to Florence in Italy during the seventies. When we visited her and her husband, we also went to Sicily as we’d always wanted to see that island. It’s the warmest place in Europe apart from Malta, and Steven hates the cold (laughs). That’s how we ended up at a B&B in the town of Noto.”

Steven: “Near the end of our trip we happened to fall in love with an apartment that had been owned by the same family since 1938. It was all original and we bought it the next day. Gone were our years of carefully planning to move abroad. When it feels right, it feels right.”

And then suddenly you own property in Italy…

Randy: “We used Instagram to find out more about the town and its locals, and when we went back in 2019, we bumped into Olivier. He was one of the people we followed on Instagram, so we approached him to introduce ourselves. He’s a Belgian who lives in Noto and he really helped us get comfortable with the idea of living there one day.”

Steven: “The apartment we bought needed a lot of work and because of the pandemic, it took nearly two years to get the renovation work done. Cindy was instrumental in this process and acted as our project manager, given the fact she speaks Italian. She eventually ended up buying a property two blocks from ours.”

Randy: “Steven’s sister-in-law decided to move to Noto too. Her apartment is being renovated right now (laughs).” 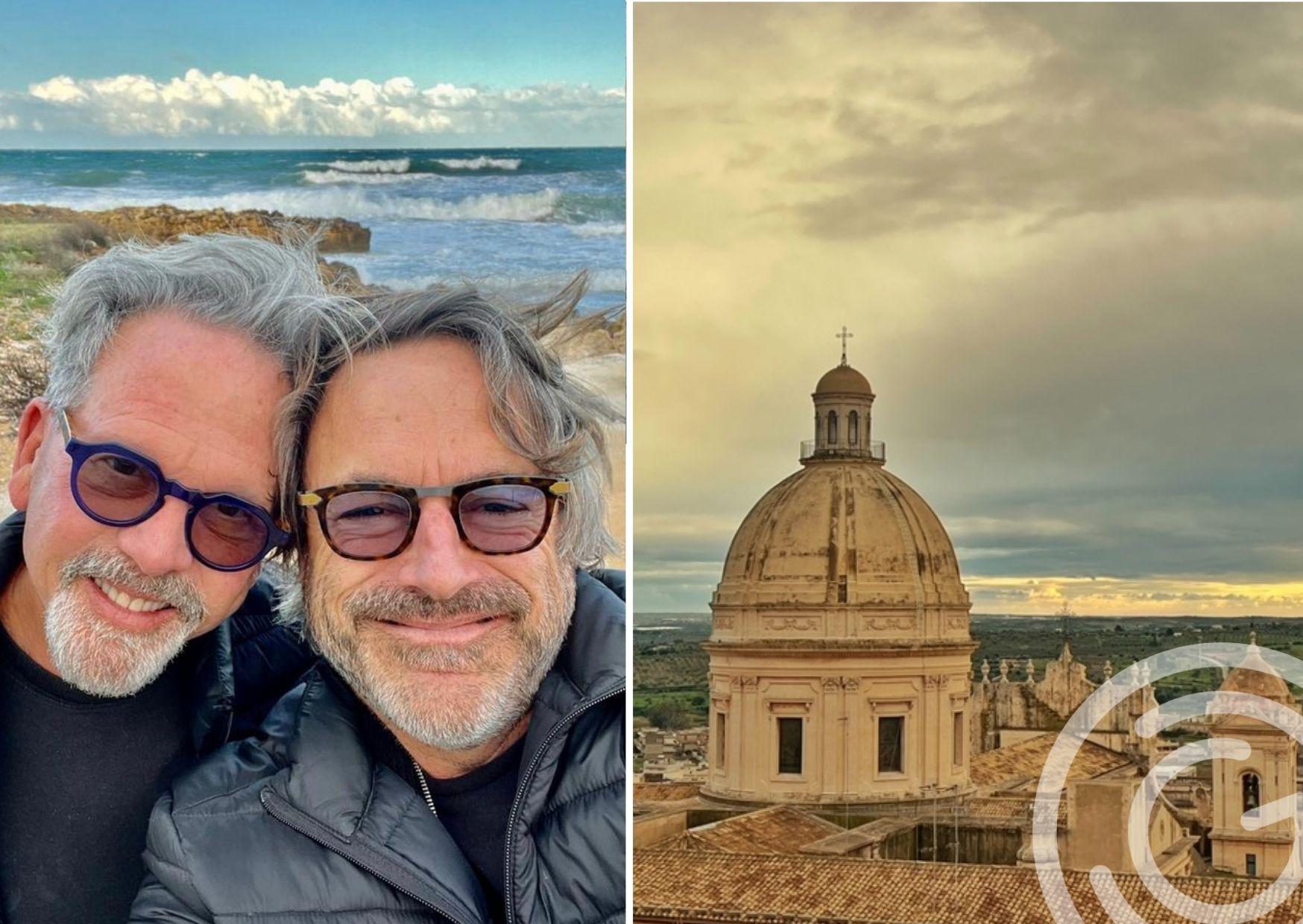 The last thing you had to do before the move was to become an Italian resident. How did that go?

Steven: “It wasn’t easy because there are many rules when you move to Italy. We arrived with a temporary visa and had to fill in the paperwork within eight days of our arrival. Unfortunately, the post office in Noto had never processed applications for retired Americans so we missed that deadline.”

Randy: “These remote areas don’t have a lot of expertise because they have so little experience. That’s why we consulted Damien O’Farell, a relocation and immigration specialist we also found on Instagram. He has a forum for expats where people can ask questions about visas and residency procedures. He told us we had to leave the EU, return, and then re-apply again. He’s also the one who recommended Barbara for our move.”

You contacted several moving companies. Why did you decide to go with Gosselin?

Steven: “The way they answered our questions and the kind of additional information the moving company could provide us with was a huge factor in our decision-making process. Damien told us that Barbara was the best person to go to because she knows Italy and its logistic challenges such as customs clearance and navigating the narrow roads. Gosselin partnered with Schumacher who handled our move from San Diego, stored our stuff, and put it on a ship to Sicily.”

What was your experience of the move itself?

Randy: “The crews on both ends were amazing. We had to make some hard decisions and sell certain items or give them away. In the end, we only took the things that held a special meaning for us, or would work well in the apartment. Everything fragile came through in one piece. The only damage we had was three broken wine glasses, but we had packed those ourselves (laughs).”

Steven: “It was a challenge to move our furniture into the apartment. It was brought to Noto in large trucks from the port storage facility, but then reloaded into smaller vans at the bottom of the hill because the roads were too narrow. Then they installed a lift on our balcony to get all the furniture inside. It was quite a big operation, but Barbara helped us with so many things we hadn’t even thought of.”

Were there any challenges?

Barbara: “This move happened during the most difficult maritime shipping period with heavy fluctuations in ocean freight due to the blockage of the Suez Canal. There was congestion at the point of export that added extra costs. And in addition, the move was impacted by the shortage of containers and vessels being held for weeks. So, it was a challenge, but my move coordination team handled it really well.”

How do you see your future?

Steven: “We might expand and move a bit further into the countryside, but for now we’re going to enjoy our retirement in the sun.”

Randy: “My friend Cindy is the person who made this all happen. We were married when we were young, but realized we were better off as friends. Now we all live in Italy so we’re still somewhat of a family, just a different kind of family. Dreams do come true!”

You can reach the office in Italy at:

Gosselin is a leading provider of international moving and destination services. Our clients are multinationals, relocation management companies, expats, diplomats, military personnel and private persons. With 56 offices in 34 countries, Gosselin has a strong presence in Europe, Eastern Europe, Russia, the Caucasus, and Central Asia.

Gosselin is a division of the Gosselin Group that has its headquarters in Antwerp, Belgium. The company was founded in 1930 and employs a staff of 800 that generates more than 270 million Euros in sales.

Interstate, Gosselin’s trusted partner for moves in America, contacted Gosselin to arrange a move for the US Army Field Band. Gosselin UK made sure the band was able to perform at the 2022 Royal Edinburgh Military Tattoo by delivering their instruments to the venue on time.

Gosselin UK sponsored the Coalporters Rowing Regatta. Our own Emma Spratt, a rower herself, represented Gosselin and is photographed with the winning crew of the Ladies Novice Fours race.