“Gosselin’s Georgia story began in 1995, not long after the break-up of the Soviet Union,” John Braeckeveldt says. “Embassies started establishing a presence in Tbilisi, the first diplomats began arriving and we were organizing their moves. The growth of the office and the evolution of the country as an independent state went hand-in-hand.”

“I arrived in Georgia in 2004 to grow the company further. Not long afterwards, Gosselin bought a plot of land that we are still using to this day. In 2006, we started construction on a warehouse which became operational a year later and in 2009 we were approved as a bonded warehouse.” (This is a facility where goods can be stored without having to pay import duties on them.)

“The most recent milestone for me was a visit from a delegation of Belgian members of parliament in 2018. This was great confirmation for me that we are seen as an important Belgian business in Georgia. In 2019, our warehouse systems were connected using the same software as the Gosselin warehouses use in Belgium. This will help us to expand the business in Georgia so it can become a logistics hub for the Gosselin Group.”

Marc Smet, CEO of Gosselin Group: “John has succeeded in modernizing the office in Georgia and building on it in line with our vision. The Caucasus countries are engaged in a complete evolution and our presence is crucial on a strategic level. Congratulations on the anniversary, and here’s to the next 25 years!” 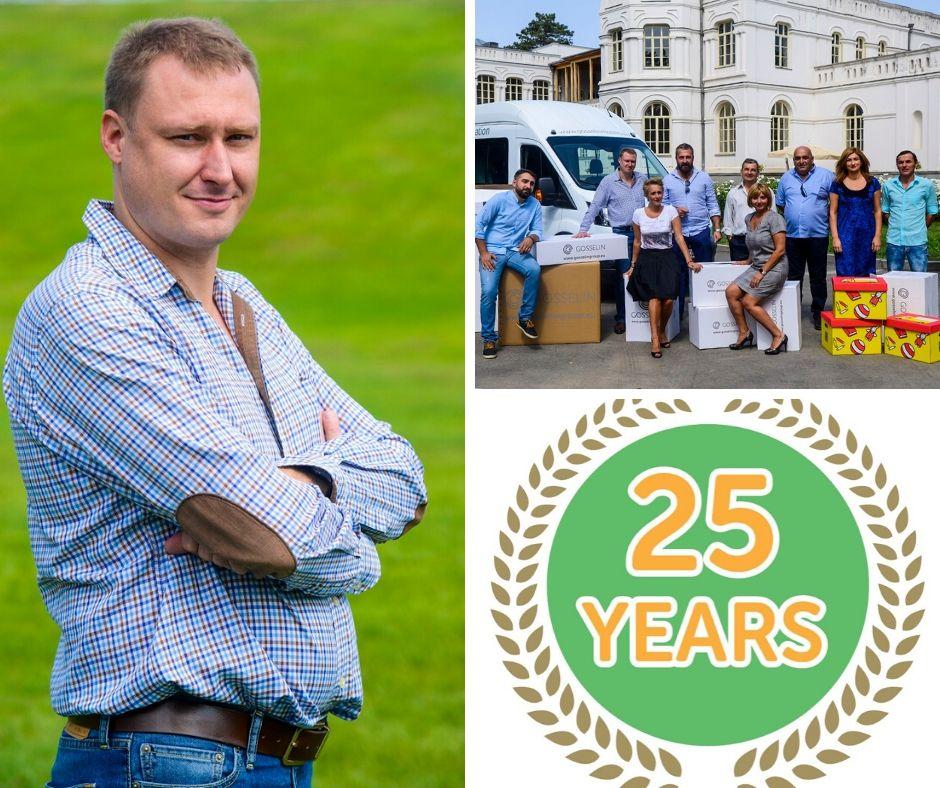 Gosselin is a leading provider of international moving and destination services. Our clients are multinationals, relocation management companies, expats, diplomats, military personnel and private persons. Gosselin has 56 offices in 34 countries and has a strong presence in Europe, Eastern Europe, Russia, the Caucasus and Central Asia.

Gosselin is a division of the Gosselin Group that has its headquarters in Antwerp, Belgium. The company was founded in 1930 and employs 800 employees, generating more than 300 million Euros in sales.